Summer's come and gone. I know as we age time flies, but at this rate, I must be 100. It has been a remarkable summer for the Craft Guild. We celebrated our 75th year of creativity in May.

Bev, Mary, Cathy, Linda, Stephanie and Anna provided Children's activities for the Summer Arts Festival in early June for more than 250 children. Nothing like the excitement in a child's eyes to know why we do what we do.

Later in the month, our members attended the Midwest Weavers and Spinners Conference in Minneapolis, attending classes and exhibiting their creative talents.

In August, the Spinners and the Weavers showcased their work at the Coralville Library.


And of course, there was the Sate Fair. There were 39 entries from our guild; many blue, red, and white ribbons were earned.  (See the State Fair)

Our Guild has creative members who share those talents by providing classes in Ply-split Braiding, Spinning, Weaving. At many of the groups' meetings, there are also programs geared toward learning new techniques and exciting its members toward new experiences. Come check us out.

And now as the colors change, we begin to think about all those winter projects. Hmmm, do I hear my loom calling RUG, RUG, RUG.

Posted by craft guild of iowa city at 10:51 AM No comments:

Each fall, the Craft Guild has an open house to welcome returning members and to excite the surrounding community with the creative jewel we have in our guild. It gives us a chance to see each others work and to catch up with our friends. Most groups go on hiatus for the summer months, but still the individuals continue to produce.  Below are just some of the examples of our work.

We also take the opportunity to demonstrate some of these creative arts.

Posted by craft guild of iowa city at 10:45 AM No comments:

Our Guild members are a very creative group as exhibited by their various awards and honors received at this year's Iowa Sate Fair.  Vicki Tardy won Best of Show honors and Sweepstakes honors in the Weaving division of the Fabric and Threads contest that was held prior to the start of the 2015 Iowa State Fair.
Ribbons in each category that were awarded to the guild members are:
Weaving: 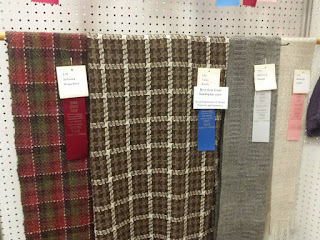 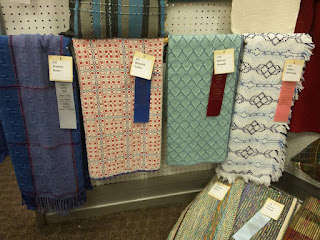 Wool, From Spinner's Own Flock, Any Weight 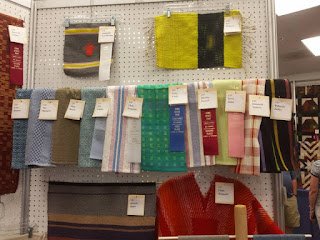 I hope I didn't omit anyone. Participating in the State Fair is a way to remind our communities that the hand crafts of "yesterday" are not gone, but alive and well TODAY. Congratulations one and all.


Posted by craft guild of iowa city at 2:21 PM No comments: