Fractal spinning sounds mysterious and seems hard to tell if its a dance, exercise or design technique.  Simply put, it's a design technique.  Often, after we have taken the time to carefully dye our fibers in what can be considered space dying, we try to spin it into a product reflective of those color elements...and yet, we get barber poles or muddy uninteresting wool. Not so, if you use fractal spinning. 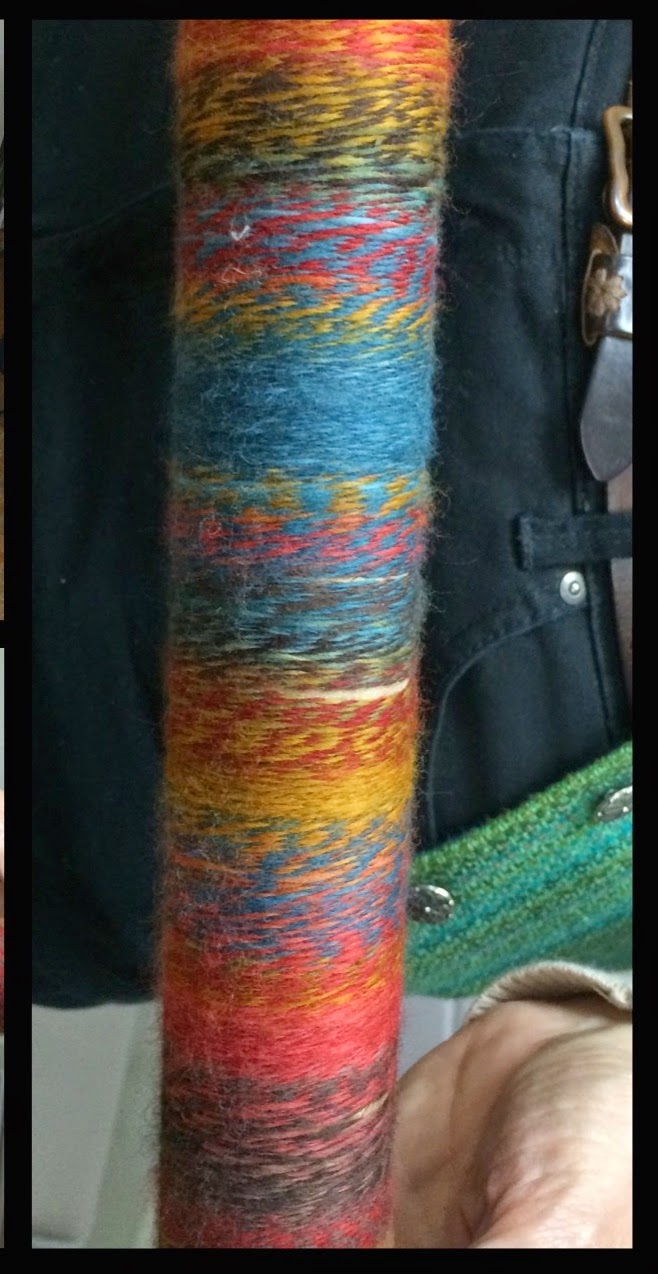 The program last month for the spinners was entitled "Fractal Spinning" and was based on Janel Laidman's article, The Fractal Stripe" (Spin-off, summer, 2007, pp 80-84.)

Fractal spinning is a method of spinning which capitalizes on the very colors we so meticulously have dyed by spinning a fractal stripe.   She explains that  "A fractal is a mathematical definition of a pattern in which the element is repeated on a smaller and smaller scale.  For spinners this is called a fractal stripe.  The fractal stripe takes advantage of differential scales to control the effective striping in your finished piece.  To achieve the simplest fractal stripe, divide your roving in half.  Spin one-half of it as it came.  Spin the other half by stripping it lengthwise into smaller widths. 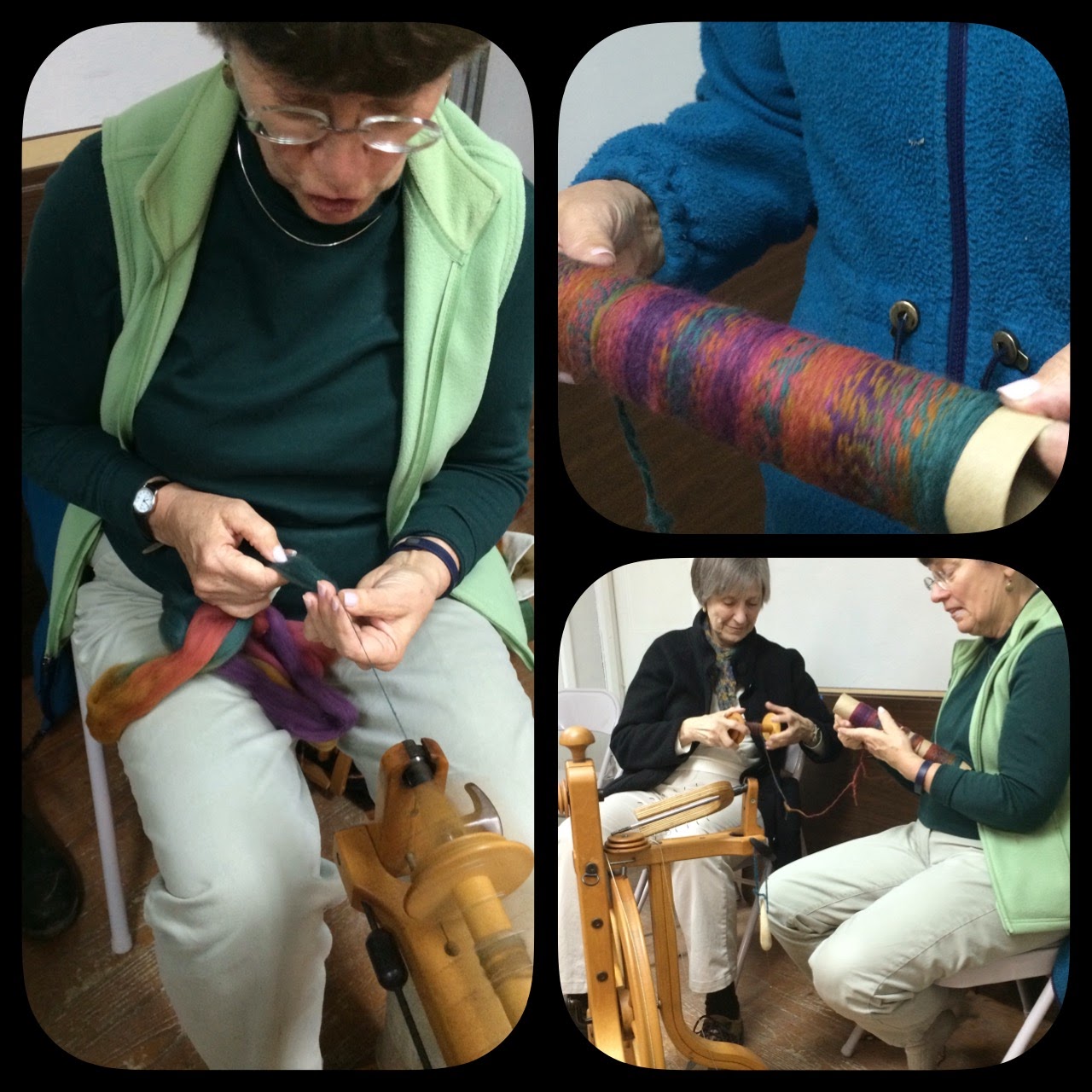 Keep the sequence of each strip in the same order as the first half, and spin them sequentially.  Now ply each of these halves into a two-ply yarn.  You have one ply's stripe repeating over a large scale and giving a background to your second ply, which is striping much more frequently and in thinner stripes."

Vicki lead the group to produce as you can see vibrant and complex yarns.  Thanks, Vicki,  for another way to keep our colors exciting as we spin.


As our color study year comes to a close, Jillian Moreno will be leading a spining workshop this weekend on Colorplay. What an exciting finish that will be, check back to see the details.