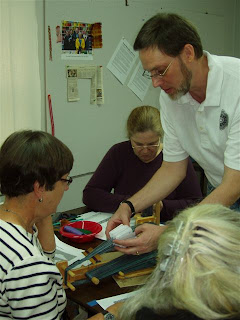 Well, looks what happens when I leave town. A dozen or so weavers got together for a workshop provided by John Mularky on Tablet Weaving. Tablet Weaving (often called card weaving in the United States) is a weaving technique where tablets or cards are used to create the shed through which the weft is passed. The technique is limited to narrow work such as belts, straps, or garment trim.

Tablet-woven bands are commonly found in Iron age graves and are presumed to be standard trim for garments among various peoples, including the Vikings. Examples have also been found at Hochdorf, Germany, and Apremont, France that support its origins to at least the early Iron age.


Drafts used in this workshop for tablet weaving 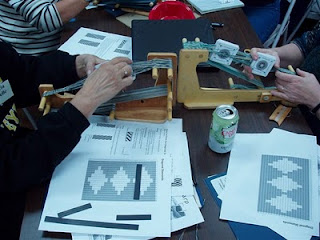 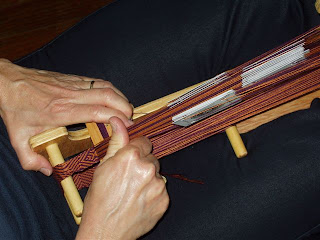 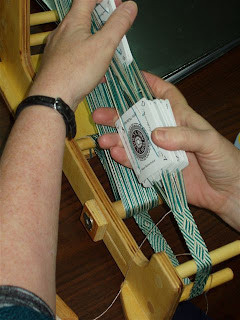 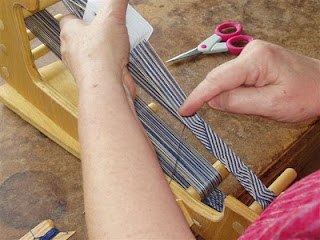 Looks like everyone had fun!
Posted by craft guild of iowa city at 6:43 PM